Did you get a good look at the World? It has not always been such a decrepit place. A long time ago, before the Totem Games era, the whole world was flourishing and filled with many joyful tribols. I can tell you about it. About the days of the past… 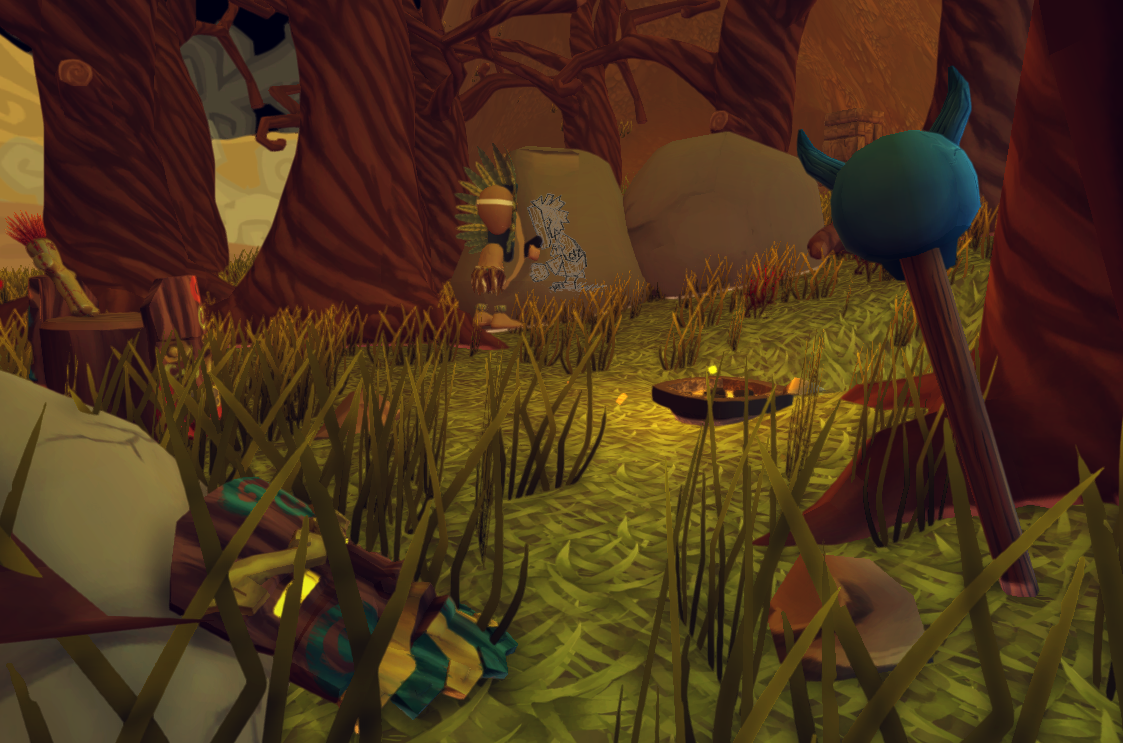 The Storyteller Shaman grabs a piece of coal from a fading fire and draws on the nearby rocks.

It was early in the morning, a long time ago. The morning was just like any other one. I saw hunter tribols going to the forest for game. In the distance there was our village. I made out only the silhouettes of the tribol huts and the Totem platform, where the hunters probably sought a blessing from Ekkeko – the God of the Hunt.

Shamans usually lived outside of the village, just like I did. Staying too close to other tribols all the time can make it more difficult to stay focused on our goals. That is to be a lead mediator between the World from which we are created and the Gods, who affect it.

My hut was built on top of a branch of the World Tree, which spans across the whole World. This branch called itself Eldur and on that morning he asked me in his crackling voice to pray to the Gods for rain. Many Shamans communicate with these offshoots of the World Tree, but not many have actually seen the World Tree itself. It is fabled to grow on a mysterious and inaccessible island. Even the branches do not know, where it is. Or they perhaps they just refuse to tell. 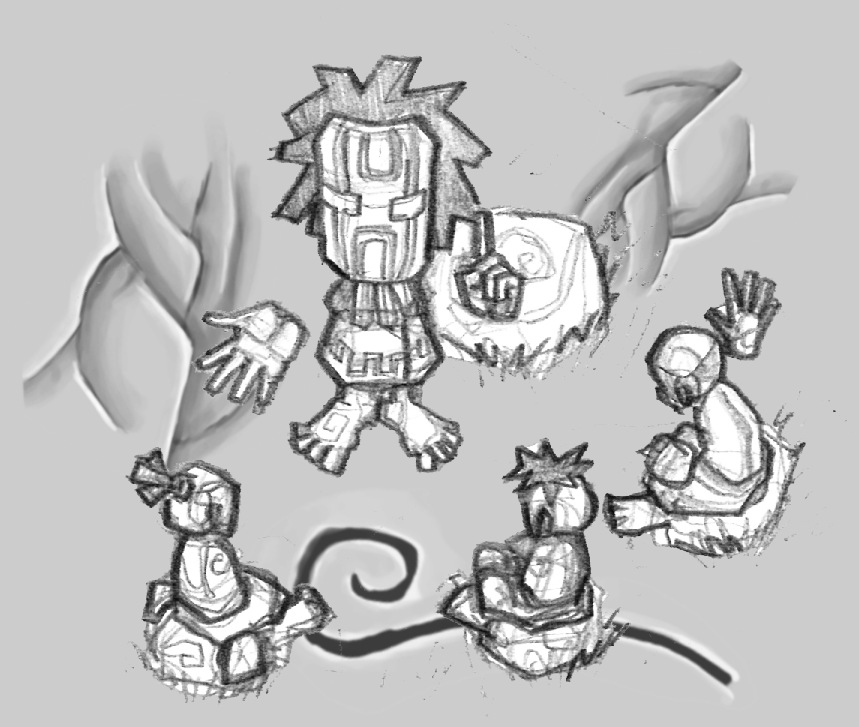 Praying for rain had to be postponed, however, because on that morning young tribols from the village came to learn about the World and the Gods. When a tribol is first constructed the parts from what it is made are small. Newly constructed tribols need to be taught about their purpose before full-sized parts and corresponding energy can be given to them. The assignment of teaching and preparing young tribols usually falls to the Shamans. So on that morning I told them about Ekkeko and how the hunter tribols seek Ekkeko’s blessing before the hunt. 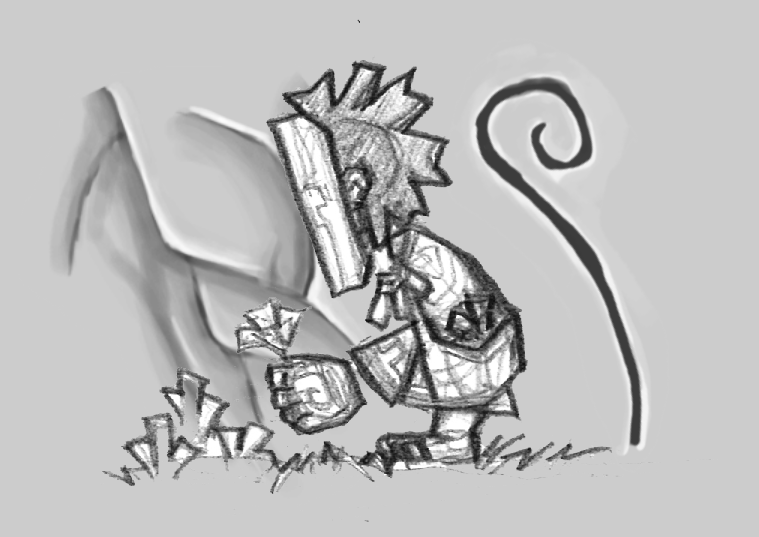 After noon the young tribols left and I set out to fulfill Eldur’s request. To actually pray for boons there are several ways. Tribols can get regular blessings from the Totem inside their village. Those blessings depend on the parts a Totem has been made of. To pray for anything else, certain rituals need to be prepared. My village did not have a rain blessing in their Totem, so I needed special herbs and Shamanic knowledge to gain it. Luckily the nearby forest, where the tribols hunted, also grew many different herbs, which I then gathered. 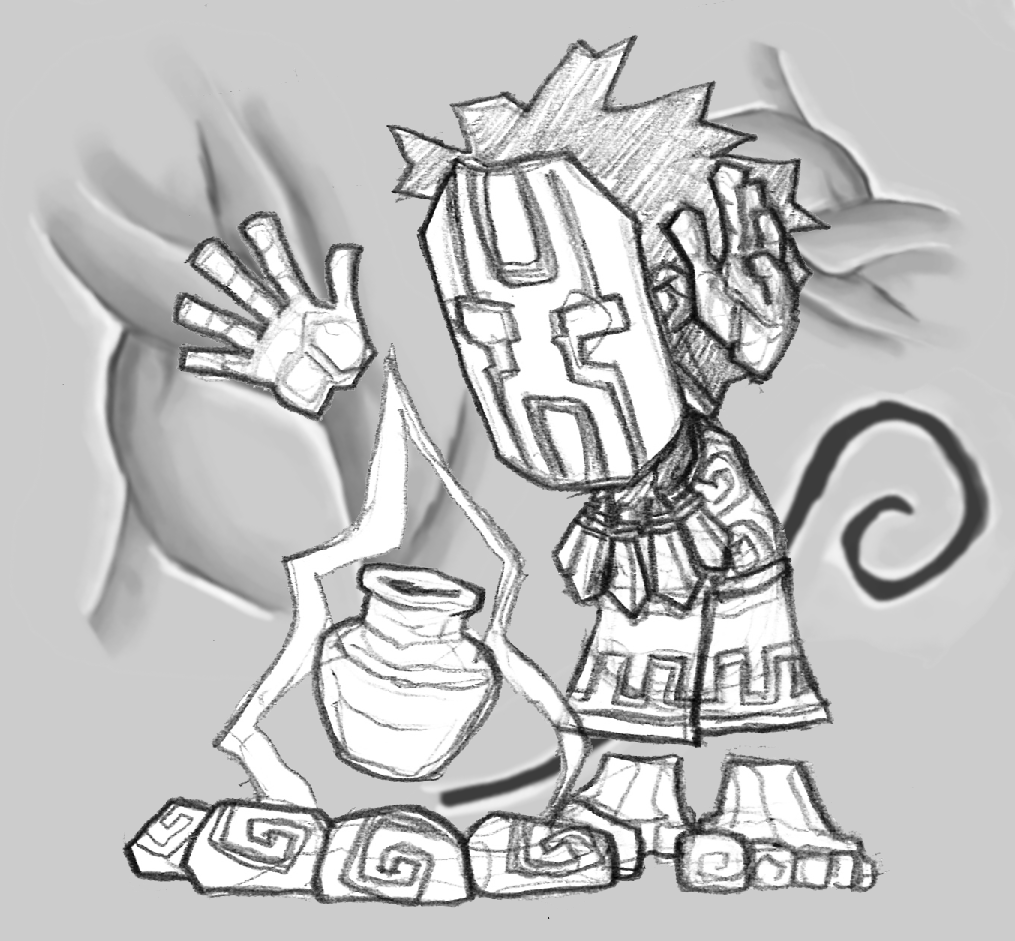 I reached the Totem platform in the village and ignited the gathered herbs. Fire and smoke from the herbs is the best mediator between a Shaman and the Gods. But on that day something was different. As soon as I had lit the herbs, I felt a surge of energy and saw a sacred pot inside the fire. The pot was not made out of clay. Instead it seemed to be made out of the World itself. That World was seemingly habited by small antols – constructs no larger then a finger. They were also worshiping Totems in their small villages.

Suddenly the pot begun to crack and then exploded with a deafening sound. Small shards of the pot caught on fire and begun to disintegrate. The antols were panicking and fighting for their survival on ever decreasing shards. 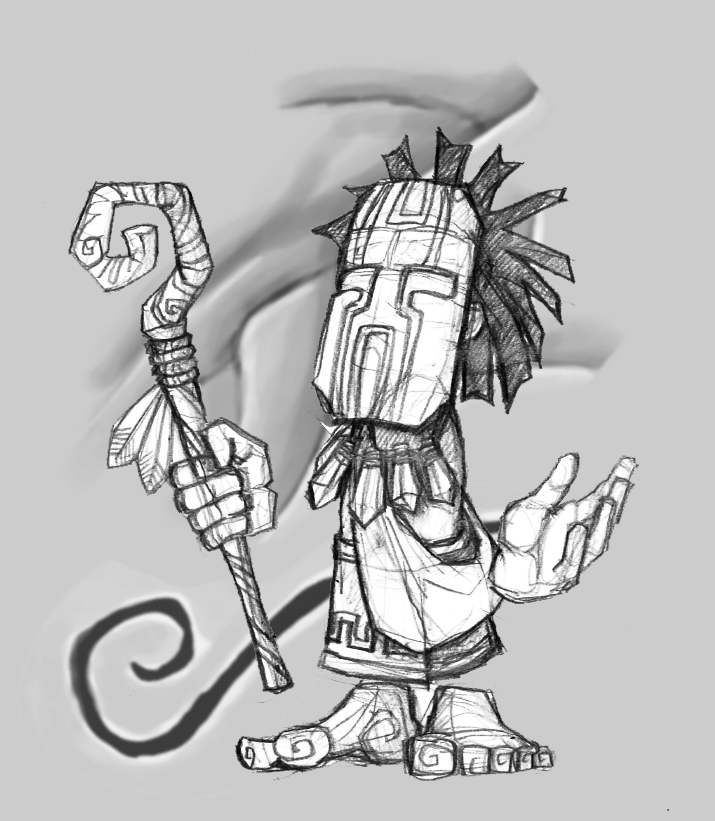 Next thing I remembered was waking up on the Totem platform. The pot was gone, so was the fire and the herbs I had gathered. In the distance I saw dark clouds approaching with a roaring thunder. It looked like Eldur will get the much desired rain. Alas the vision of the antols and the pot had invaded my mind. The Totem and any amount of herbs could not have helped me further. I had to ask the Gods about it directly. So I took my staff and on that very day I set out for the Shrine of Mimi.
The Shrine was a day from the village. It was also pouring rain. But something ominous was coming. I will tell you next time what I learned from Mimi, god of growth and water. 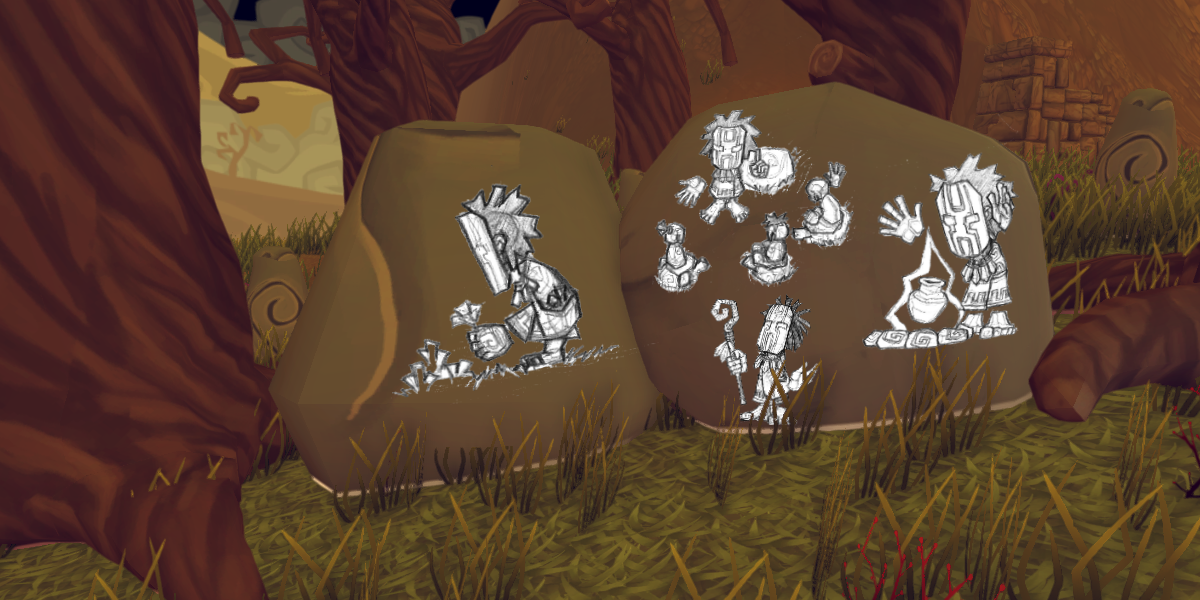 The age of Tribocalypse has begun!
War, conflict and devastating catastrophes are common. In the broken remains of their villages, tribols skirmish for resources and the approval of the Gods!