Hello everyone, this is the first entry in our Tribocalypse devblog. Today we’ll write briefly about our development history, we’ll take a look into some of the design decisions behind our weapons, and we’ll peek into the future development of Tribocalypse weaponry. So, without further ado, let’s begin. 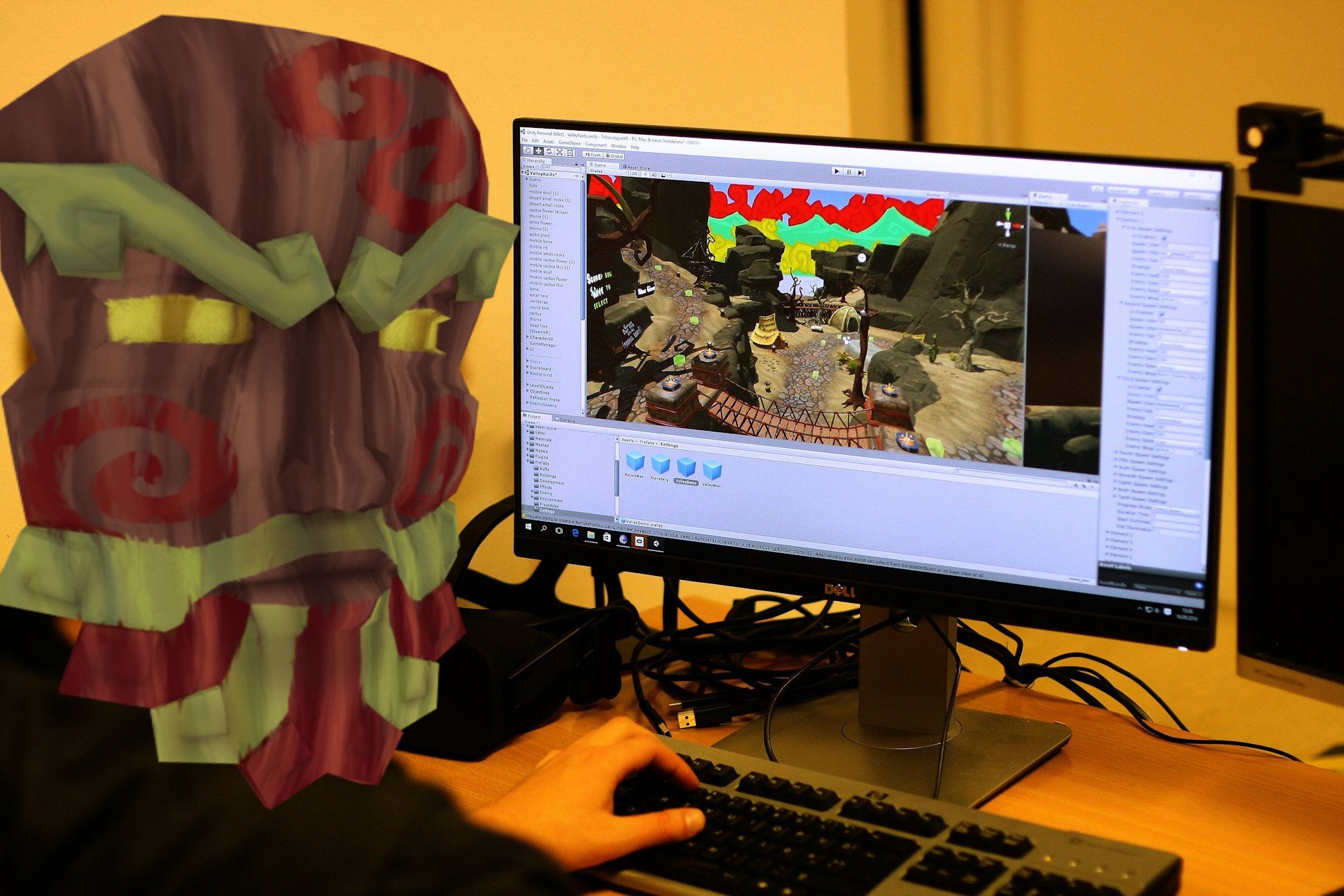 We started development of Tribocalypse VR in early August, 2016. Before that, we only worked on Tribocalypse, our previous unreleased main title (only a demo was released). Our transition into virtual reality was kind of unpredictable. At that time we were thinking about where to advance our project, as we were in the middle of a major networking overhaul. And since we had a meeting in a virtual reality lab, our decision was to do a quick spin-off of our main game. We’re working on this spin-off with our whole team now.

Our first goal was to get our project setup in a way, that our developers could start working on independent pieces. We setup a main scene for development, imported assets from our previous project and implemented a rudimentary throwing system. Then we just had to assign new tasks for everyone and the development of Tribocalypse VR kicked off.

At the beginning we had planned to first implement bow and axe. Axe was the first one to see daylight, but was quickly taken out of the game. From the beginning we decided to design weapon holding to be ambidextrous in an intuitive way: no options for selecting the dominating hand. Just pick up the weapon with the hand you’re most comfortable with.

We replaced the axe with bombs, simply because the axe had very little impact on fending off the enemies and also, they required very high accuracy. The payoff when the enemy got hit, was small. Bombs on the other hand (pun intended), are very rewarding to use and have a much bigger impact on the gameplay. Although we have not totally scrapped the axe yet and are planning to give it more purpose in the future.

The bow has been in development almost since the beginning of the project. Overall the bow mechanics seem solid and probably only minor polish is necessary. Feel and look of the bow has changed a lot over the course of its development cycle. At the beginning we planned to make bow the player’s primary weapon, however with the design decisions we have in mind now, it will most likely be on par with other weapons to come.

Weapons of the past 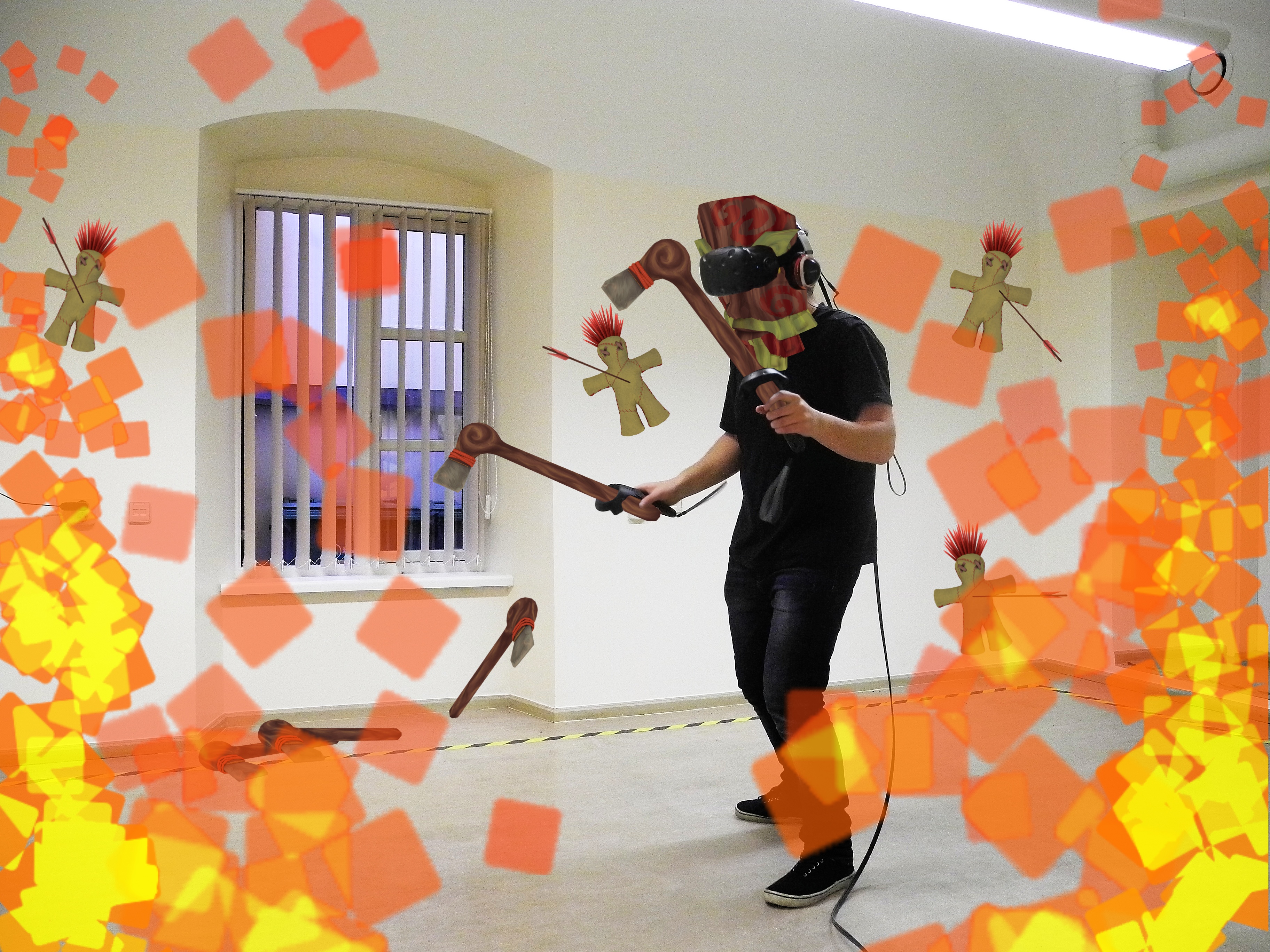 We’ve come up with a few weapon ideas that we’d like to test out. One of them, which we are prototyping will be a throwable one. Future weapons will be included in the updates as soon as they have playable mechanics.
We’ve also had some thoughts about weapon upgrades and read that you are interested in different buffs, spells, enhancments for the bow (ice, fire etc). We have actually thought about this and have plans for them, but because they need additional balancing, it may be some time until buffs are available.

Now that we’ve written about our history a little bit and talked about weapons, the next devblog entries will be either about a specific topic (AI, level design) or weekly progress. You can also let us know what You would like to read about.

The age of Tribocalypse has begun!
War, conflict and devastating catastrophes are common. In the broken remains of their villages, tribols skirmish for resources and the approval of the Gods!